CleanSpace and WaterGuard in Stamford, CT 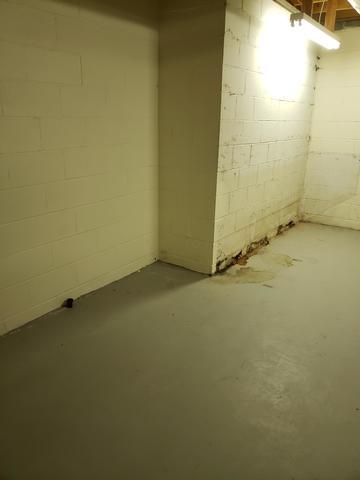 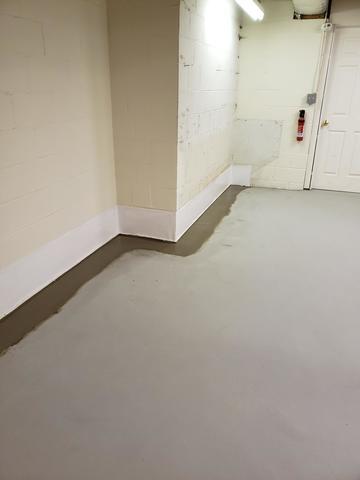 This Stamford, CT home had a basement that was suffering from serious water damage. Water had been leaking in at the seam where this basement wall meets the floor, and was causing the base of the wall to rot away. This leak was turning the basement into an eyesore, and made it susceptible to mold growth. Seeking a solution for his problem, the homeowner did some online research and decided to schedule an appointment with the experts at Connecticut Basement Systems.

Soon after, sales representative Gary Meglino traveled to the home and met with the homeowner. Gary entered the basement and made an efficient assessment of the problem, then shared his findings with the homeowner. Together, they found the solution that would work best for him and his home. In the end, they agreed that the best option was to correct the problem using WaterGuard and CleanSpace.

WaterGuard is a patented below-floor drain that is installed along the inside perimeter of the basement walls. As water leaks into the basement, WaterGuard catches it and directs it to a sump pump, which then pumps the water up and out of the basement. Foreman Marcial Lopez and his crew are well-experienced at installing products like WaterGuard, so when they arrived to begin production, they worked carefully and efficiently to rid the home of all basement leaks. Once WaterGuard was installed, the crew finished up by installing CleanSpace along the base of the basement walls where they had worked. CleanSpace is ideal for jobs like this because it acts as a vapor barrier, preventing water vapor and humidity from passing into the basement. This limits basement moisture and helps to prevent mold growth.

When the team had finished, the homeowner was thrilled with the results. The unightly damage to his wall was gone, and so was the leak that caused it. The homeowner thanked the crew for their work and took comfort in knowing that his basement water issue had been solved.

View All Before and After Photos