The homeowners contacted us with a normal waterproofing job. Little did they know, they were dealing with iron ochre, turning a simple job into one that required our expertise to fix.

What Is Iron Bacteria & Iron Ochre?

Iron bacteria is a microorganism that lives by oxidizing minerals dissolved in water -- especially ferrous iron and sometimes manganese as well. As it does so, it creates a thick slime or ooze that's usually reddish-brown in coloration.

This ooze will stain anything it contacts. It has a swampy, musty smell, and it makes drinking water taste terrible. These stains can also show up in laundry, if the line contains iron-tainted water.

As this bacteria thrives in groundwater, it creates a thick, gelatinous substance known as iron ochre. Iron ochre is typically rust-colored, but can also be yellow, brown, or gray. This slimy material is a menace to typical perimeter drain systems, and can clog them in a few months' time. While this is not known to be a health hazard, it can quickly clog a normal drain system. It also emits a foul odor, and leaves rust-colored stains on everything it contacts.

Iron bacteria attaches itself to the inside of pipes, forming layers of iron ochre as it goes. Eventually, these layers result in the complete blockage of pipes -- and can even lead to deteriorating pipes, as iron bacteria uses the iron from the pipes as a food source. The sludge is not easily flushed out -- it must be manually scooped out. This makes it impossible to use a regular french drain system.

Our WaterGuard IOS (Iron Ochre System) Perimeter Drain Channel is ideal for managing this difficult problem. The wide-open design of the drain helps it resist clogs, while a removable lid allows for easy access and maintenance.

The owners of this home were happy with our waterproofing solution. Now they can use their basement as storage space, turning a liability into a great asset! 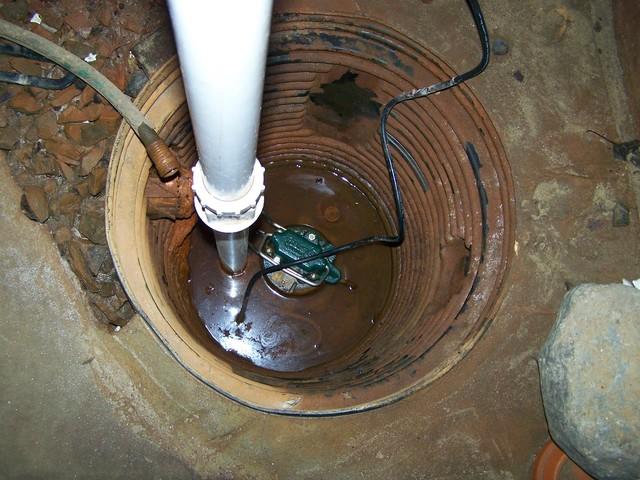 The old sump pump was filled with this iron ochre-filled water! 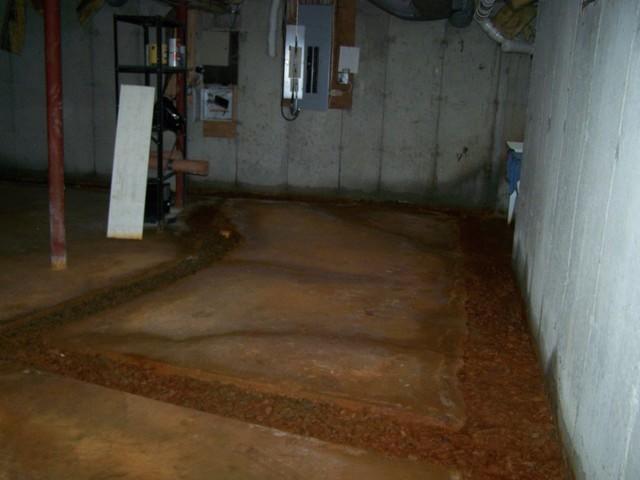 It's easy to see the reddish tinge that the iron ochre creates. 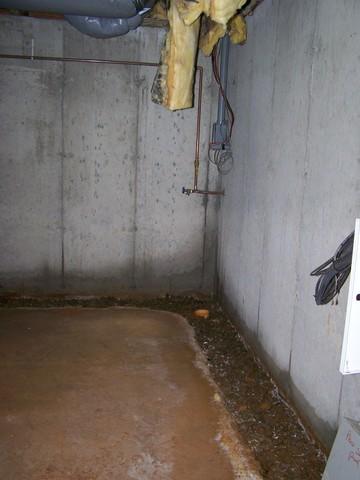 Water was leaking through the wall/floor joint and not draining because of how clogged the drains were due to the iron ochre. 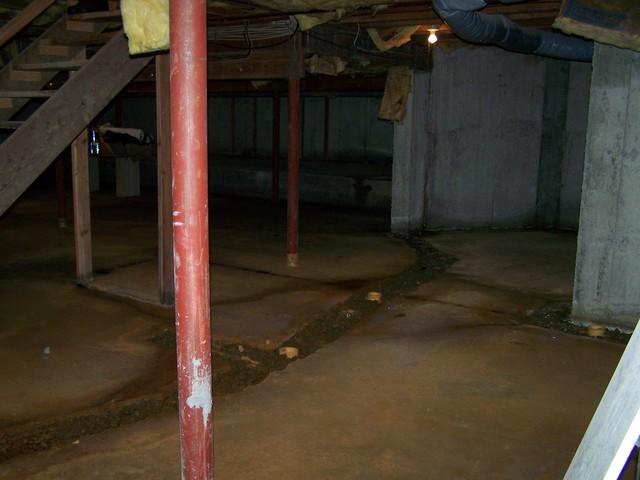 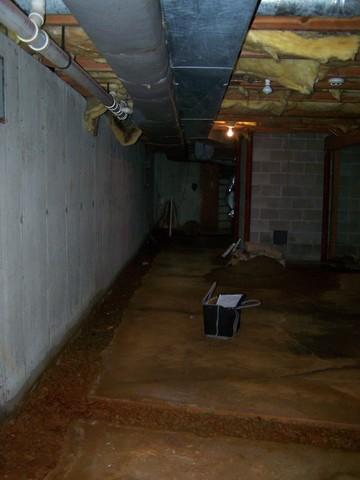 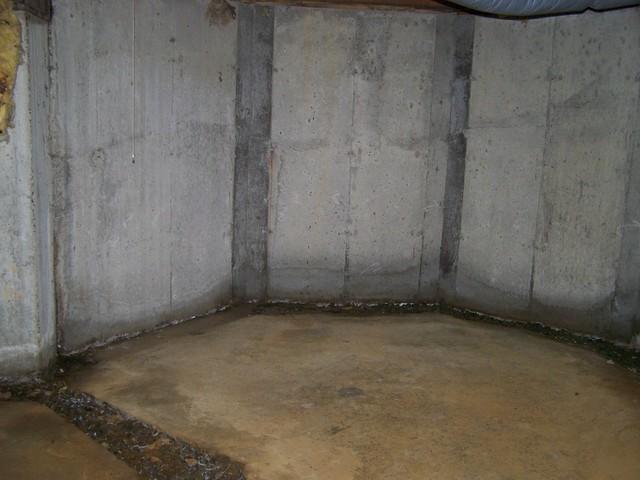 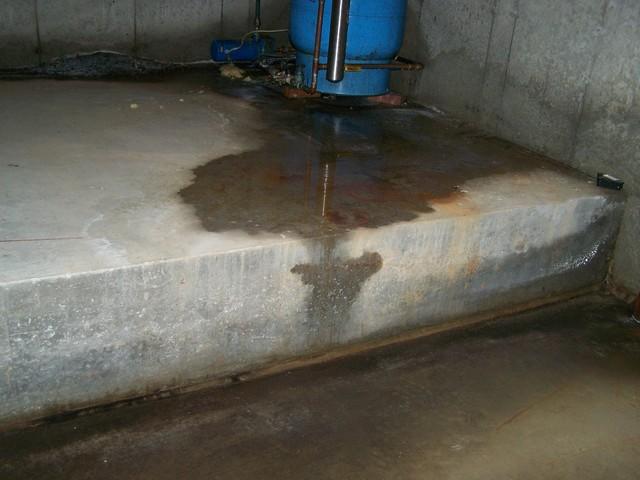 This puddle was the result of a lack of floor drains in the basement.