The basement of a house in Milford, Connecticut had been having water issues for years. It was very common for this basement to have anywhere from very little to major flooding. The previous owner of the house would simply vacuum the water up instead of trying to implement a system that would disallow from future flooding. This example can show how some people do not understand the importance of keeping water out of their basement because it can cause an array of issues. Whether these issues are small or large, they can be easily avoided with the help of the expertise and solutions that Connecticut Basement Systems can provide. Thankfully, the new owner of the house was aware of us and decided to call which is when our sales representative, Douglas Wheeler, was able to offer this homeowner a free, no-obligation estimate and inspection of her basement. Douglas and the homeowner were able to agree on the system that needed to be implemented into this basement to no longer allow water issues to occur and after a plan was in place, a crew was assembled and hastily prepared for their new task at hand.

The solution our team came up with was to install a proper sump pump within the basement and also a proper drainage system. With these systems working together properly, any amount of basement water can be dealt with and disallow any future water-related issues for this basement. Our crew decided to install a Triple Safe sump pump. Since the foundation of the basement is a type of two-piece construction, known as monolithic, the drainage system that would work best under these circumstances is a DryTrak drainage system.

It is known that the area most water accumulates in a basement is the perimeter, where the walls meet the floor. With this knowledge, our crew knew that a DryTrak waterproofing system needed to be installed in this basement. This system works by collecting outside water around the perimeter of the basement that is flowing downwards before it can reach the basement floor. Once the water is collected in this system, it is then paired with a sump pump in order to move the water elsewhere. The sump pump that was installed in this basement was the TripleSafe pump that is one of the best sump pumps available to anyone around the world. This pump has a pump that runs off of battery power in case the house loses electricity for any reason which can be a massive help and is an incredibly intelligent aspect of this pump. This sump pump is attached to the DryTrak system and pumps the collected water from the basement perimeter through discharge lines that lead outside and can be released back outside away from the house so that it cannot be absorbed by the ground and fall right back into the basement’s perimeter.

Another solution to the water issues that this homeowner faces with her new house was the installation of a TrenchDrain system located at the bottom of the basement steps. This is a drain that was installed at the base of a door that leads outside. This allows for any water coming under the door or being brought in from the outside to fall into a grated trench which is integrated into the DryTrak system. With this installation, there were now no ways for outside water to seep into the basement floor. In order to distribute all the water collected whether it be by the DryTrak system or the TrenchDrain, the Triplesafe sump pump would now be able to pump water through a discharge line that was installed into the homeowner’s lawn and was finally released by a LawnScape outlet. The LawnScape is a grated outlet where the unwanted water from the basement exits from and due to its grated design, it disallows any small creatures, leaves, or other small form of debris to enter the drainage lines and clog the system.

With the expertise of our crew, led by our foreman Marcio Bahiense, this homeowner was now allowed to be worry-free of potential water issues in her basement for years to come. Our excellent solutions, the Triplesafe sump pump, DryTrak drainage system, TrenchDrain, and LawnScape outlet were all implemented to work symbiotically in order to deter unwanted water from entering this basement. Thanks to our crew’s excellent haste,  hard work, and determination, this Milford basement was now unable to be affected by unwanted water. 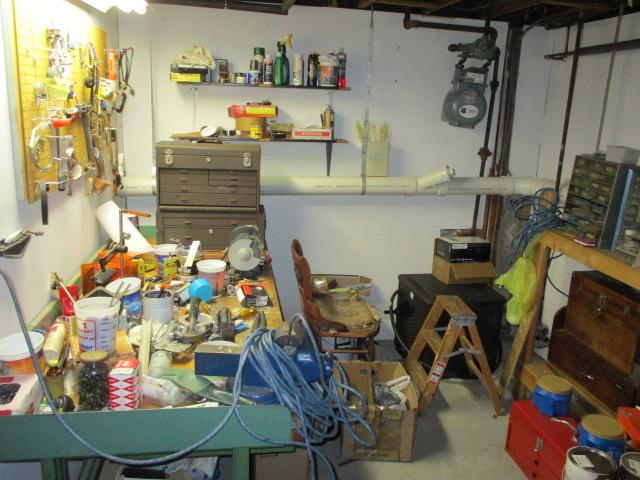 Location of where our crew decided would be best to install the Triplesafe sump pump. 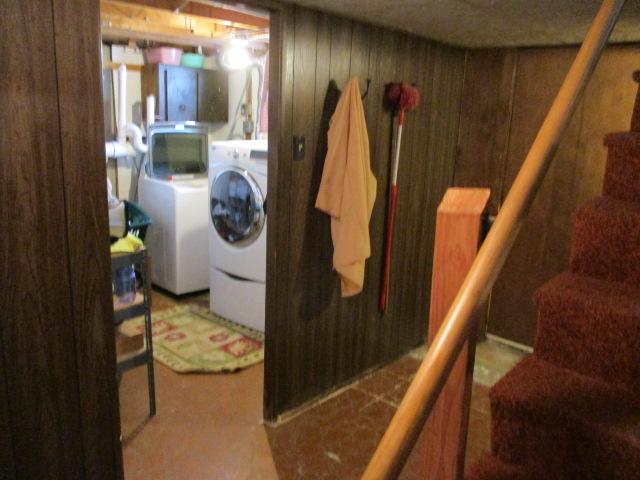 The hallway and washer and dryer room before the DryTrak system was put in place around the perimeter of the basement. 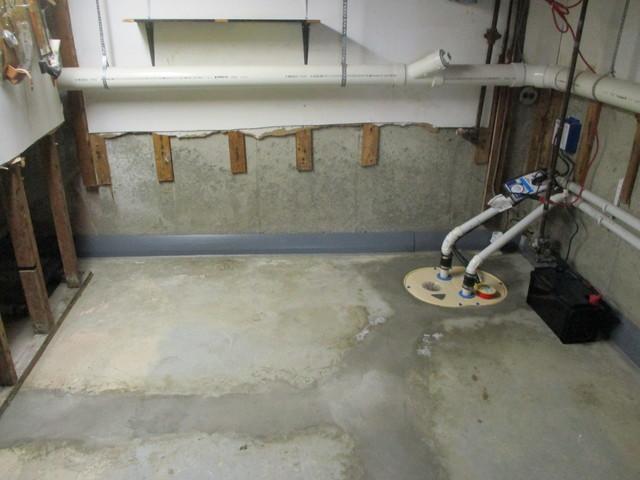 The final product after the Triplesafe sump pump was installed and attached to the DryTrak drainage system. 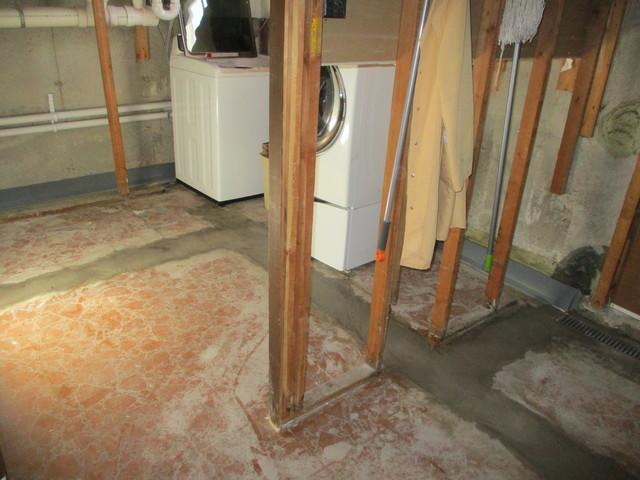 The washer and dryer room after the drainage system was installed under the basement floor. Also has a view of the TrenchDrain to the right of the image installed in front of an exterior door.