This Beacon Falls basement had wood paneling throughout the walls of their basement. The homeowner noticed that the bottom of the wood panels were moldy and moisture-damaged. She was concerned that this was a real health hazard and wanted the basement to be a welcoming and healthy area for all to enjoy. After doing a lot of research, she decided to call Connecticut Basement Systems to have their Total Basement Finishing division come out and provide a solution for her basement.

On the day of the appointment, Sales Representative Glen Knafel arrived at the home to inspect the problematic area. He concluded that the bottom of the wood panels were damaged with mold that was caused by moisture. The moisture was caused by unwanted water entering the basement. The basement needed to be waterproofed before the walls could be replaced. Just replacing the walls would be counterproductive if there was still a water and moisture issue in the basement. Glen recommended installing a WaterGuard system which is a below the floor system that will collect water internally. Once the water is collected, it is channeled to the sump pump where it is discharged away from the basement. The next step after waterproofing the basement would be to get rid of the bottom of the wood panels and replace them with the half wall EverLast Wall Restoration system. This system replaces only the mold damaged, mold prone lower section of the basement using waterproof materials. The top of the walls normally does not get affected by the mold because it is further away from the unwanted water and moisture. The combination of these two systems will ensure a waterproof and pleasant basement! The homeowner was so impressed with the problem-solving products and wanted to move forward with the project.

On the day of production, Al Guglielmoni and his team installed the WaterGuard System efficiently and professionally. The next day, foreman Chavon Bowman installed the ½ wall EverLast restoration system. The homeowner was excited and impressed with the outcome of the project and now has a peace of mind that her basement is going to be a healthy and pleasant environment all year long! 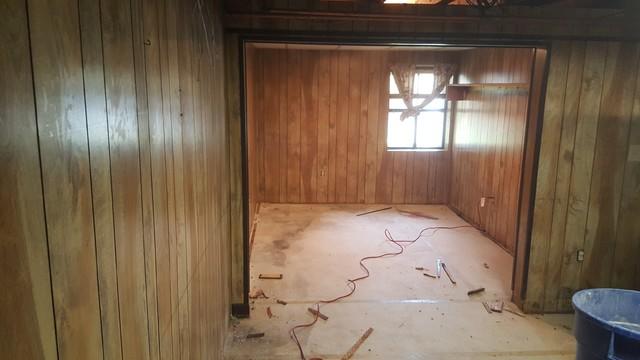 This is how the basement looked before. Wood panels typically are prone to moisture and mold issues when exposed to a wet basement. 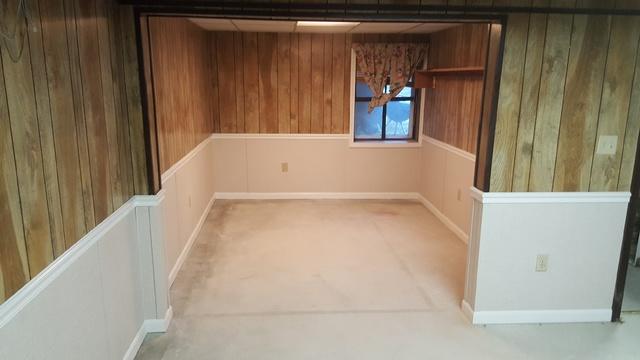 This is how the basement looked after! The wall restoration looks great and now the basement is a healthier environment without any mold or moisture damage. 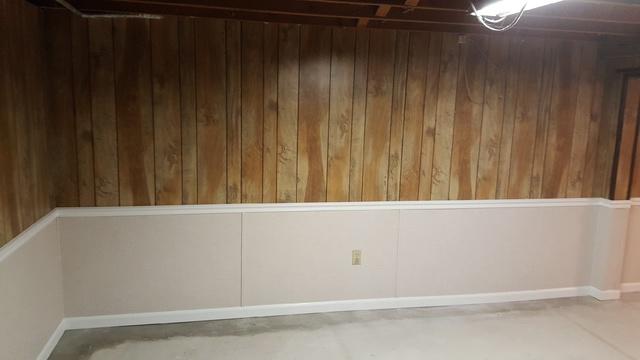