We are currently experiencing high call volume with intermittent phone service. Our hold times are longer than expected. We appreciate your patience and will respond to all inquires as quickly as possible. 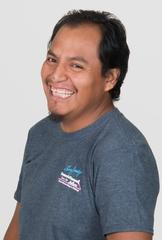 Marcial is a great employee who shines at every job he works on. He is a Certified Waterproofing Professional and is OSHA Certified. He installs our patented products professionally and efficiently at every job. His favorite part of his job is transforming basements, making them comfortable for the homeowner. Marcial lives in Bridgeport and enjoys spending time with his kids and family.

“Bruce and Marz were amazing and professional -- very informative!”

“Dear Mr. Larry Janesky and Connecticut Basement Systems, let me start off by saying your company and dedicated employees have changed our lives!”

Read Full Testimonial
Kristy & Joe P. of Waterbury, CT
Before and after photos from jobs I've worked on:
Back to Previous Page Back to Meet The Team