Connecticut Basement Systems Case Studies: Foundation repair at a colonial with an attached garage and an addition in Farmington CT

Property Conditions:  Present owner acquired the Colonial style house in 2003.  The house is a wood frame structure with an attached two car garage with a studio above and a “Family Room” addition in the back with a brick fireplace chimney and a full basement.  The foundations, footings and floor slabs are poured concrete.  The grade is level in the front but slopes down to the rear by six feet, exposing fully rear foundation of the addition and segment of the garage.

Problem:  At the time of purchase visible in the addition and the garage were minor cracks in the foundation, floor slab and some foundation settling.  The chimney was slightly separating from the upper walls and developing a stress crack at the foundation level.   By the spring of 2013 all concrete cracks became significantly and dangerously larger, as the structural settlement was visible in the finished quarters and the brick chimney was tipping out.

Solution: Connecticut Basement Systems Inc., proposed and installed the “Push Piers” to lift the concrete footings and walls of the family room addition, garage and the brick chimney.  This is a permanent solution to the problem of concrete foundation stress cracks and settlement due to destabilization of the soil.

Result:  Foundations were stabilized, affected elements were lifted 1 ½” to the original construction level – cracks were closed and the chimney is not tipping out.  It took only three days – excavation to the final grading and concrete restoration – thanks to the effective planning and crew expertise.  This technique results in the minimal disruption to the surrounding environment and negligible inconvenience to the occupants. 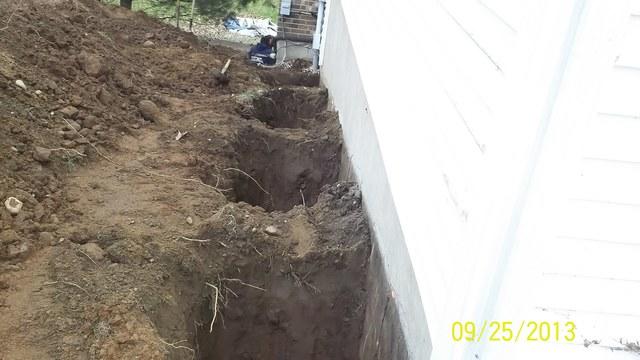 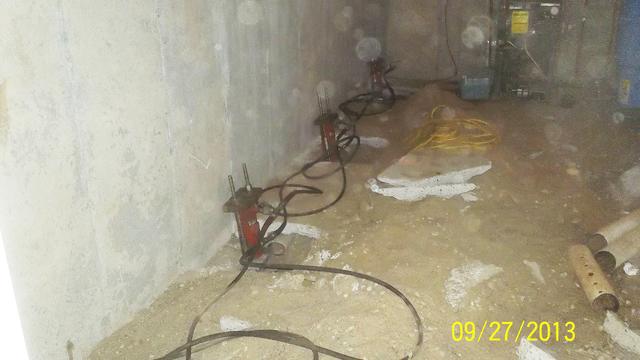 Interior foundation wall lift of 1.5 inches. Done with Model 288 push piers in position and wired for the lift. 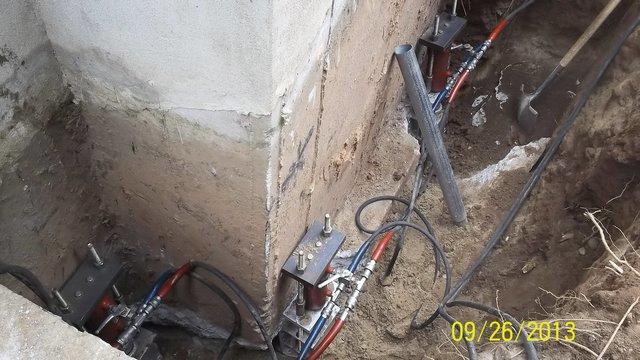 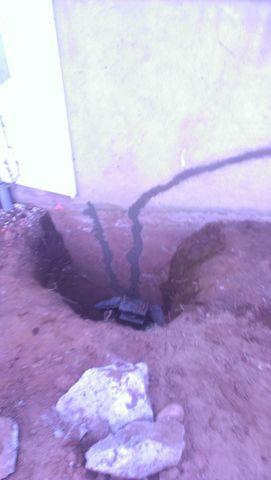