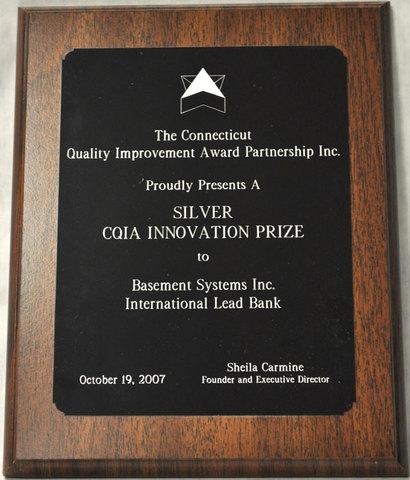 In 2007, Basement Systems network had over 250 dealers in USA, Canada and UK. The web team at Basement Systems had developed a lead bank system where dealers can send and receive leads in a secured user-friendly dealers only system.

In October 2007, CQIA awarded a Silver innovation prize for this system.

This system allowed the growth of the internet department to generate leads to the entire dealer network. At the end of 2011 the internet team had 40 employees.

Back to previous page
See all Awards